SANTA MONICA, CA, May 29, 2012 KCRW Music Director Jason Bentley will serve as host of the inaugural EDMbiz conference at The Cosmopolitan hotel in Las Vegas June 5-7 prior to the 16th annual Electric Daisy Carnival, which takes place the following weekend. In addition to hosting, he will assist with programming and curation for the Insomniac event, which aims to unite industry leaders and pioneers with businesses to focus on moving Electronic Dance Music forward at a time when it is dramatically impacting mainstream culture and commerce.

“As electronic dance music reaches new heights of popularity and influence in 2012, EDMbiz has been conceived as a key forum for business development in the community,” said Bentley. “The EDM lifestyle touches all corners of pop culture today and it is definitely in the interest of this music scene to create a place for music professionals to get inspired, network, and have fun,” said Bentley.

Bentley, who has hosted KCRW’s signature music show Morning Becomes Eclectic since 2008, ushered the electronic movement into LA with his nighttime radio show Metropolis, coupled with his work as a promoter and a globally respected club DJ himself.

His involvement and dedication to the genre has always extended beyond his role as a DJ, both on air and behind the decks, including an instrumental role in the representation of electronic music at the Grammy Awards.

“I’m not sure that any of the early rave pioneers in America expected career paths to be revealed in the haze of laser lights and disco fog, but staying focused on the history and integrity of the music is paramount at this time. Also, creating forums to discuss the challenges that lie ahead, and asking ourselves the difficult questions, will ultimately help protect the promise of the dance music revolution.”

The conference will touch on topics and issues specific to the scene including:  best practices, social media, technology platforms, festivals, direct-to-fan relationships, licensing, branding, sponsorships, and sustaining community, humanity and credibility during a period of massive growth.

Registration for the event is open now.

About KCRW: KCRW 89.9FM is an NPR affiliate serving Southern California and licensed to Santa Monica College. The public radio station represents cutting edge radio at its best, presenting an eclectic mix of independent music, news, talk and arts programming. The terrestrial signal serves Los Angeles, Orange, and Ventura counties, as well as parts of San Diego, San Bernardino, Kern, and Santa Barbara counties and the greater Palm Springs area. KCRW’s programming is internationally renowned and available worldwide at KCRW.com. KCRW offers an all-music channel, Eclectic24, an all news channel and on-air simulcast. Podcasts and archives of our locally-produced programs and live band performances are available on our website, as well as on our smartphone apps for the iPhone, Android and Blackberry. KCRW’s acclaimed Music Mine app for iPad is dedicated to music discovery.

Insomniac produces innovative concerts and music festivals enhanced by state-of-the-art lighting design, large-scale art installations, interactive circus and theatrical performances, and audience participation.  Fan safety and the quality of our fans’ experience are the company’s top priorities.  Insomniac’s premier annual event, Electric Daisy Carnival, is one of the biggest music festivals in the United States. Insomniac has produced more than 250 music events for more than 2 million concertgoers in California, Nevada, Colorado, Texas, Florida, and Puerto Rico.  Founded by Pasquale Rotella, Insomniac has been based in Los Angeles since it started in 1993. 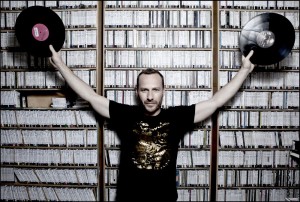