“There Goes the Neighborhood: Los Angeles”

Examining Gentrification in LA in 2017

The series is a new season of WNYC Studios’ original There Goes the Neighborhood podcast, which featured an in-depth look at gentrification in Brooklyn at a time when the borough had come to symbolize the phenomenon.

Debuting Tuesday, September 26, There Goes the Neighborhood: Los Angeles will explore how LA has gone from the place to chase your dreams to one of the least affordable cities in the country. The series will take an unsparing look at urban development and soaring housing prices that are expanding into previously unaffected neighborhoods such as Jefferson Park, Inglewood, and Elysian Valley.

In the preview episode, Kai Wright – who hosted the original podcast – hands the series over to Los Angeles host and KCRW reporter Saul Gonzalez. Additional episodes will tell the stories of people dealing with the realities of gentrification on an intimate level: long-time residents, property owners, and community organizers, as well as developers and neighborhood newcomers, including: 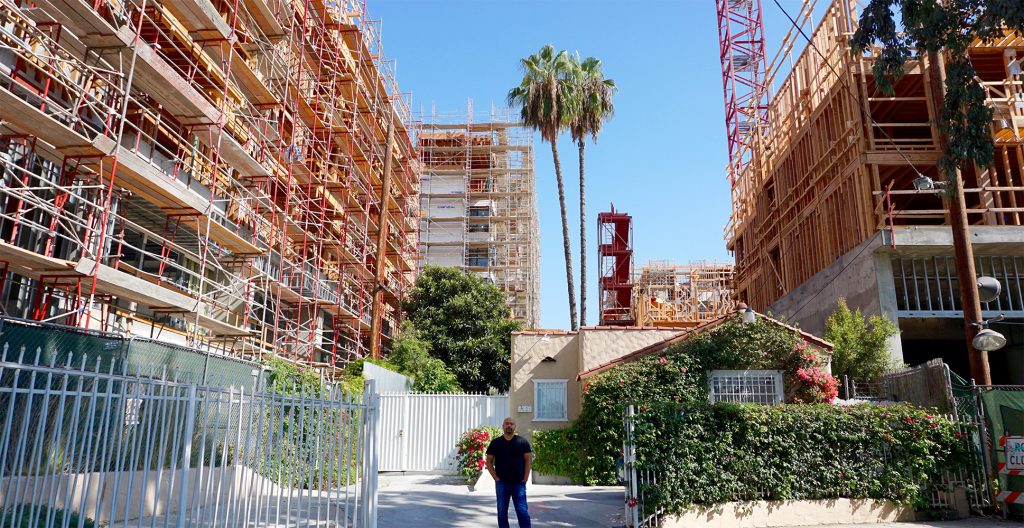 In addition to Gonzalez, There Goes the Neighborhood: Los Angeles will feature reporting from KCRW contributors, including housing reporter Anna Scott, data and investigative producer Miguel Contreras, and Design and Architecture host and producer team, Frances Anderton and Avishay Artsy.

“Wherever I go in L.A., I hear people talk about how worried they are about the cost of housing and just how hard they have to work to keep a roof over their heads. That fear is only heightened by gentrification and this feeling that Los Angeles is becoming one big playground for the rich, a great place if you have money, a terrible one if you don’t. I think the fundamental question facing Los Angeles is whether working people can still create decent lives for themselves and their families here. If they can’t, we all get hurt,” Gonzalez says.

Sonya Geis, KCRW’s Managing Editor, says “Whether you own or rent a place to live in L.A., you can feel the changes. Prices are skyrocketing, new building is everywhere, this is not the Los Angeles of 20, or even 10 years ago. The intention of this series is to look hard at why this is happening now and to listen to the voices of the many people who are anxious about whether they will have a place in the L.A. of the future.”

“With shows like ‘There Goes the Neighborhood,’ WNYC’s newsroom has strived to bake deep, local reporting into the surge of podcasting that is among the most vital forces in media today,” said Jim Schachter, Vice President of News, WNYC. “To partner with another public radio station on a new season of one of our signature podcasts is a mark of the kind of leadership WNYC aims to demonstrate.”

“We started ‘There Goes the Neighborhood’ in our own backyard because Brooklyn is ground zero for many of the trends and tactics developers are using to rapidly transform urban neighborhoods,” said Karen Frillmann, Executive Producer, WNYC. “But, in fact, the ‘Brooklyn-izing’ of cities is happening all over the world and Los Angeles is another example of how the swiftly changing economy of a city can make it inaccessible to its own residents. This partnership with KCRW allows us to bring these stories and perspectives to light.”

There Goes the Neighborhood: Los Angeles premieres Tuesday, September 26 at kcrw.com/theregoestheneighborhood, wnyc.org/shows/neighborhood, Apple Podcasts, and all other places where podcasts may be downloaded. The preview episode is available here.

There Goes the Neighborhood: Los Angeles is funded by a grant from the Conrad N. Hilton Foundation as part of a multi-year reporting project to tell stories of Los Angeles’ most vulnerable communities. It follows “KCRW Investigates” and “Below the Ten: Stories of South LA,” documentaries about the lives of Los Angeles workers and residents who find themselves on the edges of society.

KCRW creates and curates a unique mix of content centered around music discovery, NPR news, cultural exploration and informed public affairs. We are driven by the spirit of LA and deliver in innovative ways – on the radio, digitally and in person – to diverse, curious communities around the corner and around the world. A community service of Santa Monica College, KCRW can be found on the air in LA, Berlin, Santa Barbara, Ventura, Mojave, Palm Springs, and via the KCRW smartphone app and online at kcrw.com | twitter.com/kcrw | facebook.com/kcrwradio | instagram.com/kcrw

WNYC Studios is the premier producer of on-demand and broadcast audio, home to some of the most critically acclaimed and popular podcasts of the last decade, including “Radiolab,” “2 Dope Queens,” “Nancy,” “The New Yorker Radio Hour,” “Freakonomics Radio,” “Death, Sex & Money,” “Here’s the Thing” with Alec Baldwin, “Note to Self,” “On the Media,” and “A Piece of Work” with Abbi Jacobson.  WNYC Studios is leading the new golden age in audio with podcasts and national radio programs that inform, inspire, and delight millions of intellectually curious and highly engaged listeners across digital, mobile, and broadcast platforms. Their programs include personal narratives, deep journalism, interviews that reveal, and smart entertainment as varied and intimate as the human voice itself. For more information, visit wnycstudios.wnyc.org 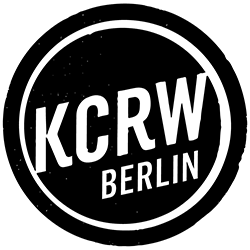 Berlin, September 14, 2017- We are pleased to announce that the Medienanstalt Berlin- Brandenburg has granted the license to the frequency 104,1 FM to KCRW Berlin. KCRW Berlin is a locally operated English language community radio station affiliated with KCRW, US public radio’s flagship station for Southern California.

KCRW Berlin represents cutting edge US public radio with an eclectic mix of independent music, news, talk and arts programming. Broadcasts will include locally produced content reflecting the spirit of Berlin, NPR news shows, as well as shows produced by KCRW and other public radio entities in the United States. Community events will also feature strongly in KCRW Berlin’s activities, from annual holiday events to Town Halls and panel discussions.

Upcoming programming will include: