SANTA MONICA, CA, June 20, 2012 – KCRW (89.9FM and KCRW.com) is pleased to announce that La Burbuja or “the Bubble” designed by MAT-TER Design + Build Studio, is the winner of the Sonic Trace Design Competition. The contest challenged designers, architects, builders and visionaries to create a portable sound booth which will be used to record stories for a new media project and radio series, Sonic Trace.

A multi-platform story-telling experience, Sonic Trace is produced by KCRW in partnership with the Association of Independents in Radio (AIR). It begins in the heart of Los Angeles and crosses into Mexico, El Salvador, Guatemala and Honduras. Part radio, part video, part mapping project, Sonic Trace asks ¿Por qué te vas? ¿Por qué te quedas? ¿Por qué regresas? Why do you go? Why do you stay? And, what makes you return?

“We are honored and excited to win a competition with which I have such an intimate personal connection,” says Hugo Martinez, co-founder of MAT-TER Design + Build Studio. “I come from that background. I am an immigrant. I came from Mexico at a very early age. I do have a history to tell, and it became something very personal that not only expresses what I went through but what my entire family went through.”

One of 30 entries, La Burbuja was submitted by Hugo Martinez and Christin To, co-founders of MAT-TER Design + Build Studio. The sound booth, which will travel all over Los Angeles, resembles a silvery orb that would open up in sections like a chocolate orange to reveal a womb-like recording space inside. The concept was for a “non-place”, in which the interviewee would be suspended in time and space, while bystanders would see themselves reflected in a globe both dematerialized and opaque.

“Eric and I were humbled by the response and the chance many designers took to dream of something more than the basic structure we originally anticipated building,” says Anayansi Diaz-Cortez, co-producer of Sonic Trace. “The Sonic Trace project is deeply personal to us, and its success will remain largely on the stories we are able to gather. La Burbuja encompasses all of the elements we were searching for: portable, practical, creative and most of all, inviting.”

La Burbuja, along with all submitted designs will be on display at the KCRW/DnA booth at this weekend’s Dwell on Design show and can also be viewed at the KCRW DnA Blog. For more information on the Sonic Trace project please visit: www.kcrw.com/sonictrace

About Sonic Trace
Sonic Trace is KCRW’s multi-platform story-telling experience produced in partnership with the Association of Independents in Radio (AIR). Sonic Trace is produced by Anayansi Diaz-Cortes and Eric Pearse Chavez. It is part of Localore, a national initiative of AIR–Association for Independents in Radio– with principal funding from the Corporation for Public Broadcasting. The project is produced in collaboration with Zeega, a non-profit inventing new forms of interactive storytelling. Its broadcast home is KCRW’s Independent Producer Project. The project will go live in Fall 2012. 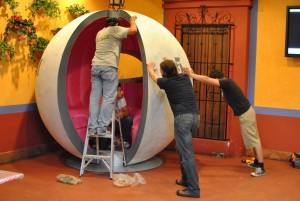 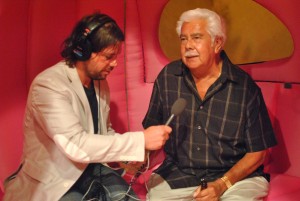 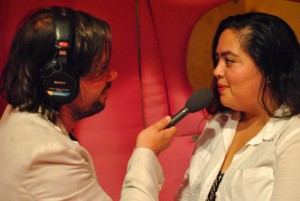 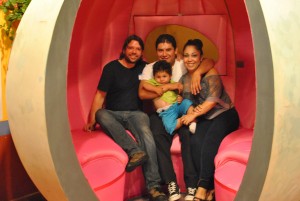